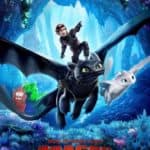 How to Train Your Dragon: The Hidden World wraps up the film series and delivers a better ending than Even Hiccup and Toothless could have imagined.

Hiccup’s dream of humans and dragons living together in harmony has never been an easy journey. Each film has had its challenges to overcome, from befriending dragons to leaders and loved ones passing away.

The Hidden World comes with unforeseen difficulties that push the boundaries of the Berkian’s wisdom and uncharted territories.

The Hidden World takes off with the Dragon Riders landing on the deck of a trapper’s ship. They launch a heroic rescue mission freeing captured dragons. The gang is back with new high-tech dragon scale suits and a flame sword in all their goof and glory.

The usual clumsy Dragon Riders provide comic relief between the Oohs and Ahhs of Hiccup and Toothless’ skilled moves. As the heroes leave in a frantic escape, one dragon is still caged and left behind unknown by Hiccup’s crew.

Back at the tiny isle of Berk, things have changed for the bigger and better. The dragon population has grown exponentially, and there appears to be little room left as houses tumble off the cliff’s edge like dominoes.

Hiccup and Astrid’s relationship seems to have plateaued as his buddies needle hiccup about taking the next step over the threshold, becoming Chief and Chieftess.

In a hideaway, the trappers join together to plot their counter moves against the Dragon Riders of Berk. They hire Grimmel, a lanky Night Fury slayer who is surprised to find out that two Night Furys have escaped his wrath.

A proper villain you like to hate, Grimmel is crafty and enjoys the hunt.

She’s the only one of his kind, and he immediately falls in love with her while also avoiding a fall into a trap hidden under the forest floor leaves. Hiccup discovers a tranquilizer dart nearby which a peer recognizes as Grimmel’s handy work.

With a more significant threat looming, Hiccup begins having flashbacks about a place that’s off the map his father called The Hidden World of Dragons.

This place off the map could be a final solution for Hiccup’s dream of dragons and humans living together peacefully.

As the previous films in the series have shown, difficult decisions can lead to growth and maturity. Hiccup and his friends have grown up before our eyes throughout the series. Some of the most complex decisions are yet to come in The Hidden World.

With three entangled love stories between humans and dragons, Hiccup and Astrid, and Toothless and the Light Fury, there are plenty of good feelings and happy endings to satisfy the most enthusiastic dragon training fans.

How did you like the ending to the How to Train Your Dragon series? Would you recommend this movie to a friend? See a full list of DreamWorks animation movies.

Is Dragons the Hidden World on Netflix?

No. The Hidden World (How to train your dragon 3) has been on Netflix previously and it could be in the future.

Will there be a 4th How to train your dragon?

Not likely. The director of the series has already commented that a fourth film is not in the works at this time. 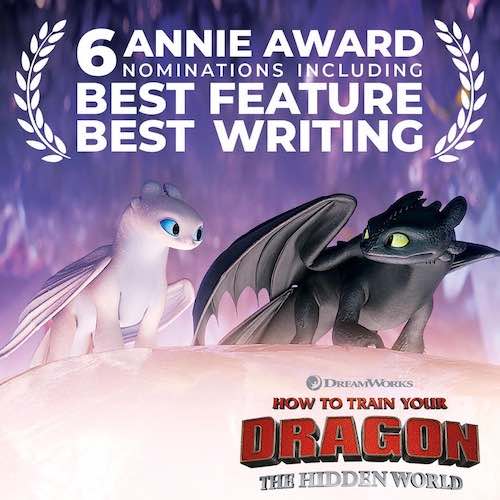 What is the rarest dragon in How to train your dragon?

Many consider the Night Fury (black) the rarest dragon. This was always the case until the third film, The Hidden World, where the audience sees a Light Fury (white), one of a kind, who falls in love with Toothless the Night Fury.

What is toothless girlfriend called?

Light Fury. Toothless the black Night Fury meets the white Light Fury in How to Train Your Dragon: The Hidden world and falls in love. They go on to have their own baby dragons and live happily ever after.