Meet the Klaus characters from Netflix‘s hand-drawn animation Christmas movie. When a new postman, Jesper, is sent to the feuding town of Smeerensburg near the arctic circle, he uncovers an opportunity to spark joy and happiness for the town’s children.

The Ellingboe and Krum clans, who have been fighting for decades, don’t take kindly to the new postman trying to heal their rivalry. With the help of a new friend, Klaus, and a new tradition, Jesper will learn that a simple act of kindness always sparks another. Enjoy our list of Klaus main characters! 🎅🏻

The Klaus cast was directed by Sergio Pablos and Carlos Martínez López. The executive producer for the film was Warren Franklin. Sergio Pablos, Jim Mahoney, and Zach Lewis received writing credits as screenwriters for the animated movie.

Jesper Johansson is a spoiled and lazy postman who becomes the main hero in the animated movie Klaus. He is the son of a wealthy postmaster general and becomes a close friend of Klaus. Jesper is the postal academy’s worst student, and as a last-ditch effort to make Jesper a better man, his father sends him to Smeerensburg to clean up his act or be cut off from the family’s wealth. Along the way, Jesper discovers how generosity can spark a historical change in his new town of Smeerensburg.

Jesper has short yellow hair and black eyes. He is often shown wearing a Prussian blue postal service uniform with a Prussian blue hat and black boots. At the film’s beginning, he wears yellow and orange silk robes and brown sandals.

Mr. Klaus is an elderly, mysterious carpenter who makes handmade toys for children. He was married to Lydia and made toys for their future children, but they didn’t have any children together. Jesper and Klaus team up to create a new tradition in Smeerensburg of delivering toys to children who write letters to Klaus.

He wears a long, lush white beard and looks large and frightening at first glance. He is initially introduced as a monster, but his gentle giant personality contradicts that. He has a deep, melodious voice, deep blue eyes, and thick dark eyebrows. Mr. Klaus often wears dark colors and black fingerless gloves.

Alva is a teacher and a fishmonger. She was presumably raised at the convent; her parents are not mentioned. She moves to Smeerensburg to teach and build a successful school. She later marries Jesper and has a son and a daughter. Like Jesper, the local teacher Alva is one of the Klaus characters that is new in town and eventually decides to stay. She learns to enjoy teaching little girls and boys after investing her own money in school supplies.

She has blonde hair. In the beginning, her hair is messy, and her dress is disheveled, but she later cleans up nicely, evident in her new dress and neat hair in a low ponytail. She is attractive, unlike Jesper, who is cute in a cartoonish way.

Mr. Ellingboe is the senseless leader of the Ellingboe clan and one of the main villains of Klaus. The Ellingboe clan and Krum clan represent the feuding locals and enjoy their rivalry. He is Pumpkin’s father, and he adores his daughter dearly, spoiling her at every chance. He is a staunch advocate of traditions and agrees with Mrs. Krum that the Krum-Ellingboe feud should continue.

He is large, unlike Mrs. Krum, and seems the same age as her. He has a prominent chin with a notable snaggletooth in his lower jaw. He also has red hair and wears warm browns and reds.

Pumpkin is Mr. Ellingboe’s gangster-like daughter. She is a daddy’s girl and is often referred to by her nickname, Pumpkin, rather than her real name, Magdalone, which only appears in subtitles. She backs off the old family feud and changes her opinion after Olaf rescues her. She later marries Olaf.

Pumpkin is the largest person in Smeerensburg and looks like a woman-child. She has red hair and wears warm browns and reds like the other Ellingboes. Her dresses and hair, designed in pigtails, make her appear enormous, but her style evolves after she marries Olaf.

Mrs. Krum is the evil leader of the Krum clan and one of the two main antagonists of Klaus. Mrs. Krum is Olaf’s mother and can be manipulative but soft regarding her son. She is a relentless advocate of traditions and opposes Jesper and Klaus’ efforts to reunite the two families.

Mrs. Krum is slightly above-average in height and uses a cane. She dresses in dark blue from head to toe and has dark hair. She also has dark eyes and often wears a cap.

Olaf is Mrs. Krum’s son and her family’s enforcer. He follows his mother’s directives, but when he is off the clock, he realizes being evil sucks. He saves Pumpkin from falling off the cliff just before they fall in love.

He has black hair and dresses in cool greens and blues. He has a bushy unibrow. Olaf is relatively slimmer and duller than Pumpkin. Olaf doesn’t speak and communicates through inhuman sounds.

Margu is a cheerful young Saami girl who lives in a settlement near Smeerensburg. All her speech is in Saami, and she becomes friends with Jesper despite the language barrier. Jesper even helps her write a letter to Klaus to receive a toy.

Margu has blonde hair that compliments her blue eyes. She has a prominent childish tooth gap in her front teeth. Although Margu first appears as a young girl, she grows into a tall, beautiful woman as the film progresses. Her outfits are in reds, yellows, and blues.

Mogens is the captain of the ferry in Smeerensburg. He is the town troll and gets satisfaction from tormenting Jesper. He explains to Jesper his way around Smeerensburg locals, and even though he teases him, he is proud of him and where he has come from as a person.

He is a well-built sailor who wears a shoddy long coat. He is always dressed in his gray captain uniform with a matching white cap. He always has a 5 o’clock shadow and is often spotted with a slight grin.

Postmaster General Johansson is Jesper’s father. The film refers to him by rank. He is portrayed as a strict yet loving parent. He threatens to cut off Jesper’s inheritance for being lazy but later supports him after seeing how much he changed.

General Johansson has a sturdy physique, a long and thin face, broad shoulders, a prominent chin, and brown hair. He also has a deep, commanding voice and wears long jackets and dusters that emphasize his dignity.

Drill Sergeant commands the royal postal academy. His tough and stringent demeanor fits his role of overseeing cadets’ progress in the academy. Jesper often gets on his nerves and doesn’t like him for his spoiled nature and arrogance.

The Drill Sergeant dresses in his navy blue sergeant uniform, and his legs appear undersized, unlike the rest of his torso. He has a very pronounced chin. He also has a gravelly voice that overpowers any room.

Lydia is Klaus’ late wife. She was in love with Klaus and hoped to have a big family together before her illness took her life. She’s seen throughout the film through her husband’s memories, who misses her and believes she lives as a free spirit in the wind.

She is a petite and pretty woman who continues to live through Klaus’s endearing memories of her. She wears greens and browns and has black hair.

Who is the teacher in Klaus? 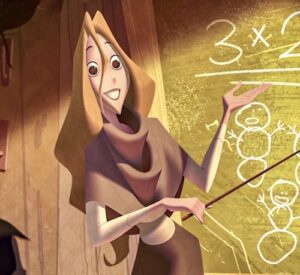 The teacher in Klaus is Alva, who is voiced by Rashida Jones.

What is the little girl’s name in Klaus? 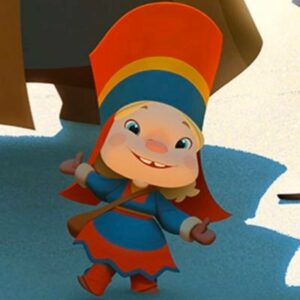 The little girl in the movie Klaus is Margu. She is a Sami girl who becomes friends with the main character and is voiced by Neda Margrethe Labba.

Who plays the boatman in Klaus? 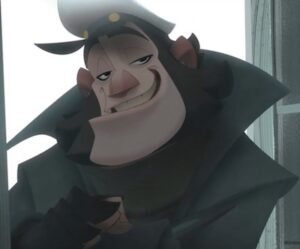 The character Mogens is the boatman in the animated movie Klaus. Mogens is voiced by Norm MacDonald.

Who is Klaus based on? 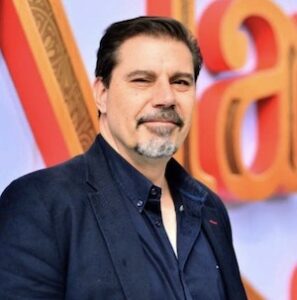 Klaus is based on the original story by Sergio Pablos. Pablos also directed and co-wrote the script for Klaus.

Who is the protagonist in Klaus? 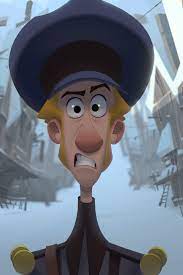 The protagonist in Klaus is Jesper, who was sent to the faraway feuding town of Smeerensburg by his father, the Postmaster General, in an effort to teach him a lesson.

Who is the villain in Klaus? 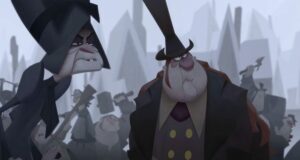 The villains in Klaus are the two feuding families, the Krum clan and the Ellingboe clan. These two families have been at war for years, but to keep things the same, they must unite to take on Jesper.