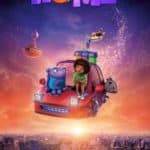 Home is a wholesome movie built on a foundation of good intentions. Its heartwarming message is well received as the lead characters Oh and Tip learn that it’s okay to be different, make mistakes, and family is most important above all!

We are first introduced to the Boov, a colony of cute little aliens fleeing from their enemy, the Gorg. The story then quickly jerks you into high gear, and in just a few minutes, the Boov are taking over planet Earth, relocating the humans, and taking over their homes.

The story then slows down a bit as we are introduced to Tip, a bright young girl who eluded capture and is committed to reuniting with her mother. At this point in the film, the story moves along at a comfortable pace, and the movie’s direction is clear.

Not too much further along in the story, it looks as if Oh and Tip will easily succeed and accomplish their goals. Then as if the writers needed to extend the movie another 40 minutes, they introduced a whole new set of objectives for Oh and Tip.

The transition was rocky at best, but it did come full circle and eventually connected back to the beginning of the story.

The Boov are an exciting set of characters. They almost look like the aliens from Toy Story. Unfortunately, they pretty much all look the same.

DreamWorks Home makes up for their lack of Boov character creativity by empowering them with a unique ability to show their feelings and emotions.

As the Boov experience different emotions, they change color. For example, when they tell a lie, they turn green. The Boov also turns red when angry, which helps translate their genuine feelings despite what they might say.

Home has a unique rounded look to their characters, and the animation feel and design are consistent with all the structures and transportation.

At times the animation of characters added humor to the story, like the Boov dance moves. The Gorg enemy also was a sharp contrast with sharp lines and angles from the character to the mother ship.

However, the Gorg enemy reveals its true self, which is weird and over the top. As strange as this scene was, this did show how the Gorg was seemingly edgy and sharp from an outward appearance but soft and tender at the core.

There are some great songs by Jennifer Lopez and Rihanna during the film, which you can find on the Home soundtrack on iTunes. At times the music feels unrelated to the mood of the movie. The songs in the film were hit and miss.

Home is a younger audience film with an enjoyable and positive overall message! Beyond the wholesome message, the storyline jerks you around.

It appears to be two separate stories, the first half and a second-half unwillingly shoved into one another to become one more important story.

The animation is acceptable but didn’t appear to push the limits, and the voice acting seems out of place at times, which can be distracting.

If you plan on seeing Home in theaters, then set your expectations accordingly, but I’d recommend renting this one on video.

Is the Home movie a Disney movie?

No. The movie Home was created by DreamWorks Animation. 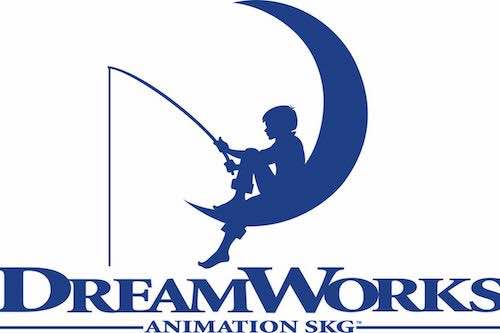 Is the Home movie on Netflix?

No. The movie Home is not on Netflix however it could be sometime in the future.

Is there a Home 2 movie?

Not at this time. DreamWorks has not confirmed a sequel of the Home movie to this date.

What is the Home movie about?

The Boov are on the run and they come to Earth looking for a safe place. Oh, a cute Boov misfit builds a friendship with a girl named Tip. They begin their own adventure and take on many challenges to save both of their species. 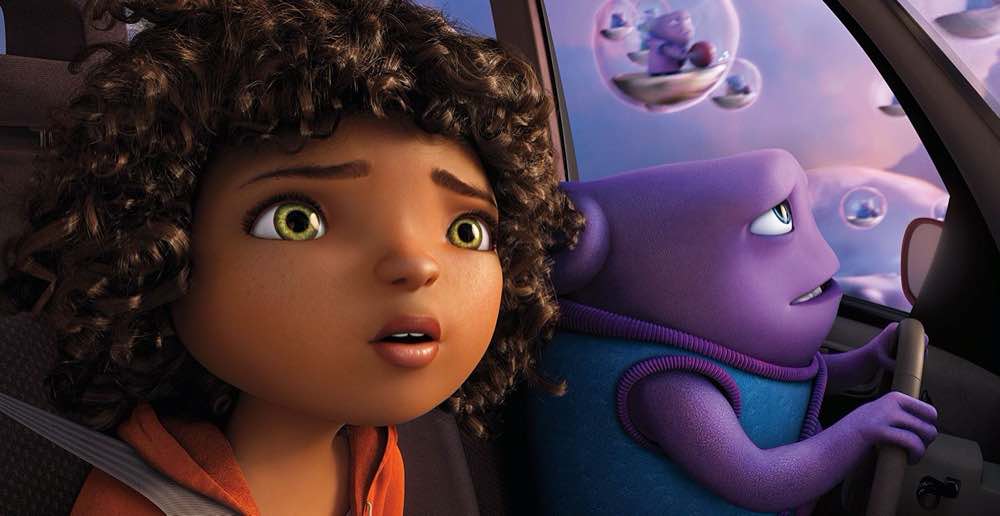